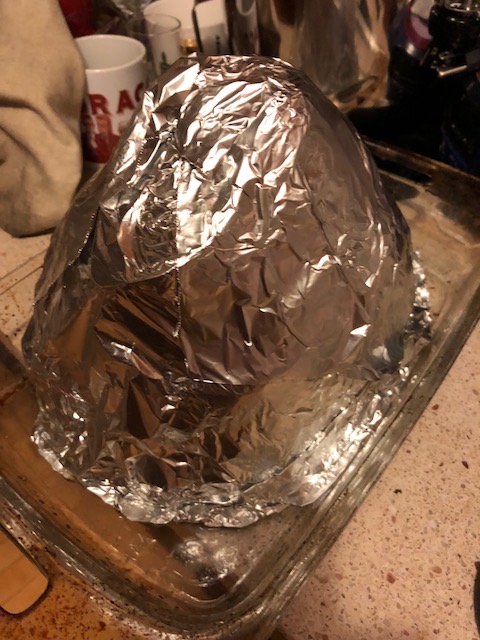 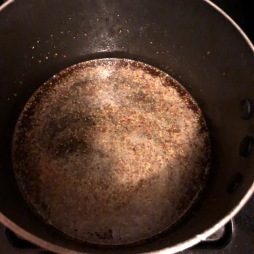 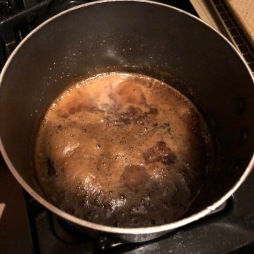 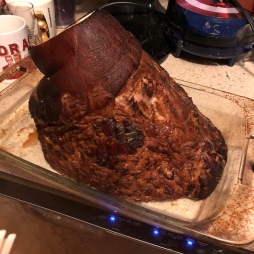 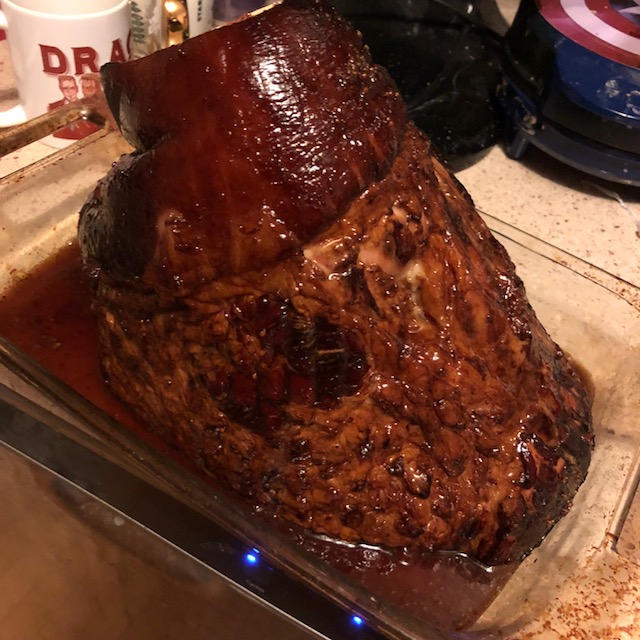 Ham is one of my favorite things to make, point blank. And let me tell you, this is one of those “why the hell didn’t I think of this sooner” moments? As it turns out, Dr. Pepper works unbelievably well as a glaze base, and when you roast it? Oh man. (A British friend of mine has recommended boiling a ham in a whole 2L bottle of Dr. Pepper. I am incredibly intrigued to try this out.)

Take your ham. Preheat the oven to 250. If you have an oven bag, click on the recipe for those instructions. If you don’t, place your ham face down in your roasting dish, be sure to remove the plastic cap on the bone, wrap your ham tightly in foil, take out at least one of the racks in your oven (cause these things are bigger/taller than you think), and put in the ham. Figure about seventeen minutes per pound for roasting time – a ten pound ham will take about two and a half hours. Go do other things, like nap, or play video games, or attempt to do a batch of cookie dough that will fail because you don’t have enough flour.

About ten minutes before the ham is finished with the initial roast, combine the brown sugar, Dr. Pepper, orange juice, and mustard in a small pot, and bring to a simmer, cooking for about 8 minutes, until reduced to .75 c and thick and syrupy.

Then, enjoy your ridiculously good ham.

I picked up a ham for cheap from my school’s butchery program recently, and was looking through my recipes to see if there was something else I could try besides my mainstay ham recipe. I came across this recipe in my Pinterest, and I had all the ingredients on hand, so I thought, meh, why not?  I chose to stud my ham with cloves for this, but the recipe does not require it.

Dr. Pepper Glazed Ham
Depends on the size of your ham; 5 lb ham lasted about a week for me

Preheat your oven to 250. Take your ham out of the packaging, stud it with cloves, put it in your roasting pan, and tent tightly with aluminum foil. (The pictures you see are after having removed the foil tent). Roast the ham for about 17 minutes per pound (this was a 5 lb ham, so it was roasted for about an hour and a half). Ideally you should have a meat thermometer to check the internal temperature, but I didn’t, so I mainly just guessed.

When it gets down to the last ten minutes, combine the brown sugar, Dr. Pepper, lime juice, and dijon mustard in a pot, whisk together, bring to a simmer over medium high heat, and then simmer for about 8 minutes, until it reduces and thickens to a syrupy consistency.

As soon as the syrup has thickened, take the foil off the ham, pour off any juices that have collected in the pan (if applicable) and brush the glaze over the ham. Return to the oven and bake for another half hour, until the glaze is sticky. Brush the collected glaze over the ham, let it rest for about a half hour to cool, and then enjoy your delicious labors!

Hey kids! So, updates on this will be at best incredibly sporadic (as I cook new stuff, and remembering to actually write up stuff). I try to be as straightforward as I can in describing my process and steps.