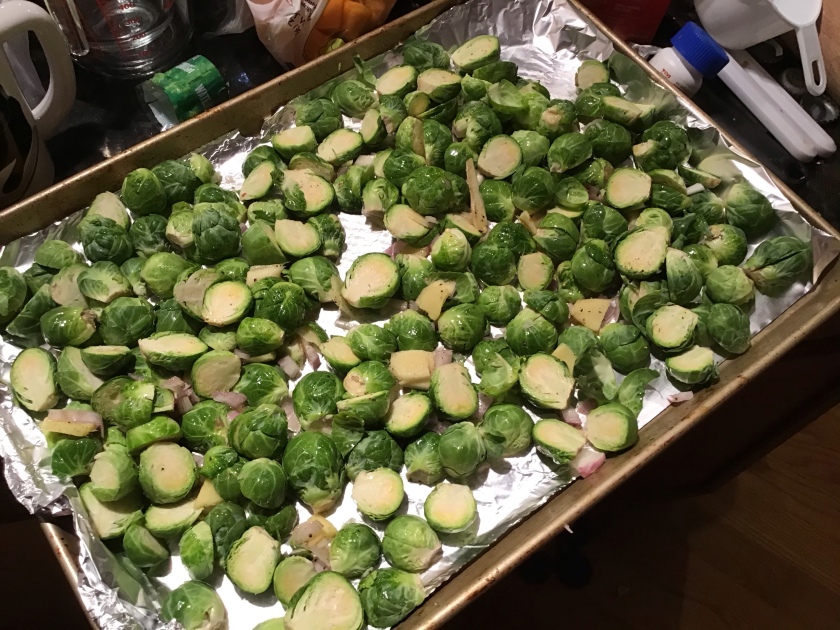 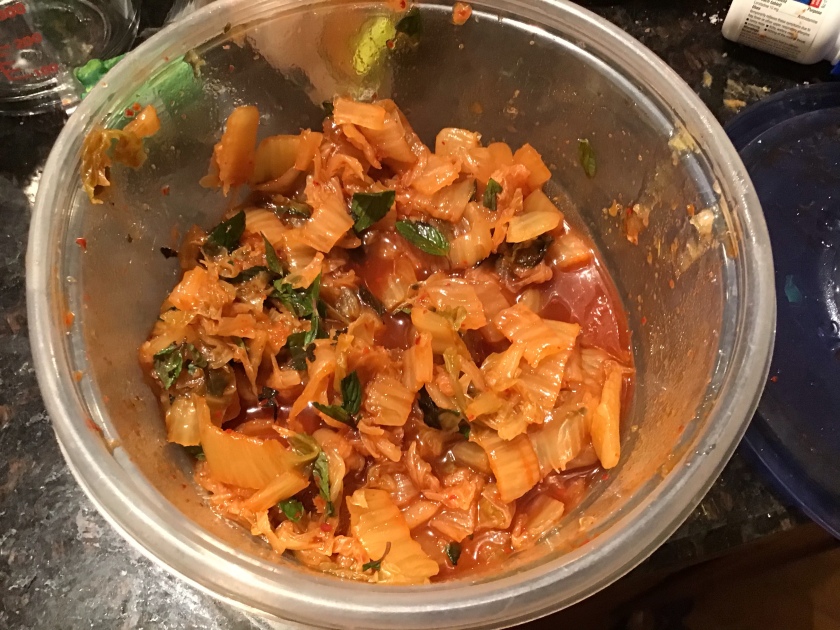 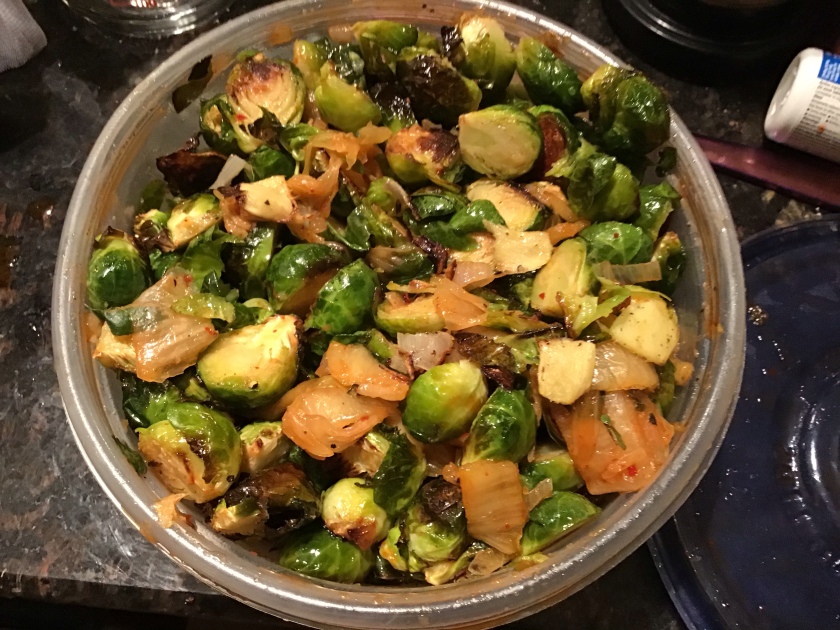 Roasted Brussels sprouts + a fish sauce based vinaigrette + kimchi = very yes. It doesn’t need to be more complicated than that. And now is the time of year Trader Joe’s has two pound bags of sprouts, so that helps even more with enabling my Brussels sprouts kick.

Preheat your oven to 500 degrees, and line a baking pan with aluminum foil. Toss your halved Brussels sprouts, sliced shallots, and matchsticked ginger with the olive oil, and then season with sea salt and fresh ground pepper. Ensure that they’re spread over the pan evenly (pic 1), and then roast for 20 mins, until the sprouts are tender and deeply browned, and the shallots and ginger start to char (pic 3).

While the sprouts roast, toss together the kimchi, honey, vinegar, and fish sauce (pic 2). When the sprouts are done, toss them with the kimchi, and add in the mint (pic 4), and enjoy!!

Hey kids! So, updates on this will be at best incredibly sporadic (as I cook new stuff, and remembering to actually write up stuff). I try to be as straightforward as I can in describing my process and steps.
%d bloggers like this: